Ever since the Lagos state police command arrested and paraded Chidimma for the alleged murder of Michael Usifo Ataga, the Chief Executive Officer of Super TV, Nigerians have been reacting and airing their respective opinions. Recall that yesterday, the 21-year-old suspect narrated what happened between her and Ataga that led to his death.

Just a moment ago, actress Nkechi Blessing took to her Instagram account and dropped a statement regarding Chidimma that sparked reactions. According to Nkechi’s post, it’s a shame that the young lady killed someone who could have helped her change her life when people pray all day and night for a future helper.

The statement made by the actress triggered reactions from her fans. Those who commented slammed her for referring to a someone’s husband as a destiny helper, saying that such helpers should not come their way.

However, others revealed that Chidimma messed up an opportunity to better her life. Some people also disclosed that its bad for a woman to be greedy in life. See more reactions below. 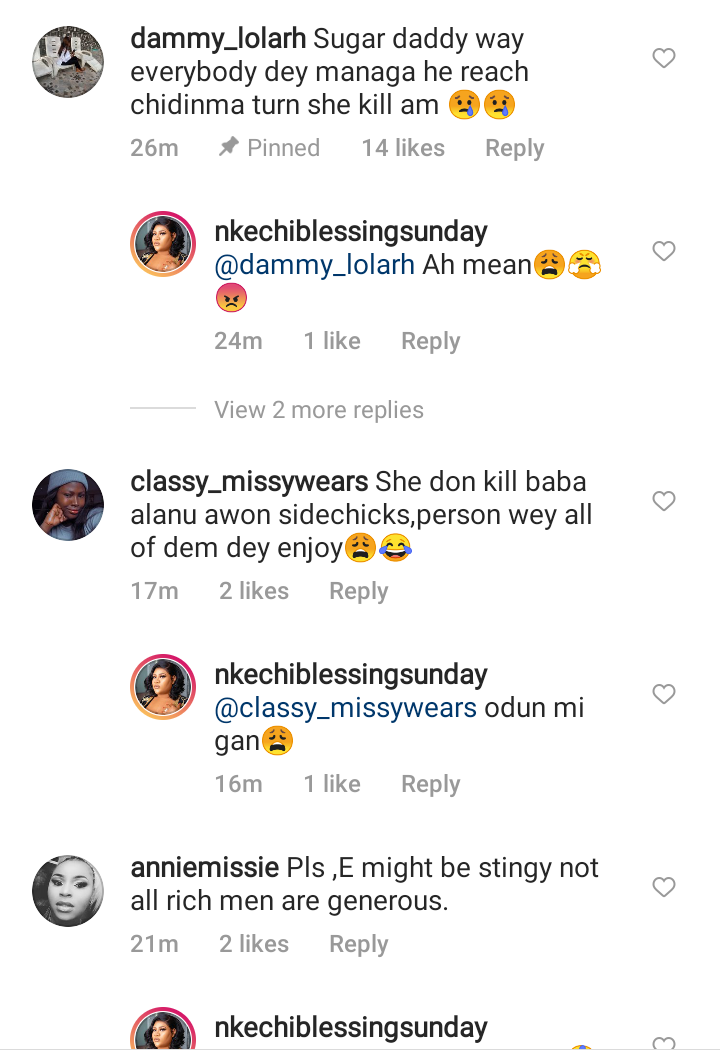 It might interest you to know that actress Nkechi Blessing is among Nigeria’s best actresses. She recently returned from a trip to the United States of America. The movie star has also created reputable brands for herself, despite the challenges and competition in the entertainment industry.