One the 5th of April,2018, a robbery attack was carried out in Offa, Kwara State.The attack was on five banks and left many dead and others injured. So far, the Nigeria Police force has arranged some suspects and has also recovered some deadly weapons from them. The Gang Leaders of the attack are at large and have been declared wanted by the Nigerian Police force. One of the four suspects wanted for the robbery of five banks in Offa, Kwara State, has been arrested by the Nigeria Police, Punch reports. 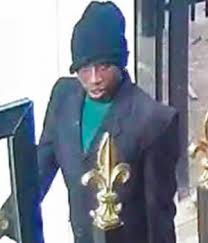 The robbers killed police men amongst others during their robbery. Following a tipoff, the police (DCP Abba Kyari and his IGP Response Team ) has arrested one of the gang leader who happens to be an ex-policeman. The suspect arrested, Michael Adikwu, was dismissed back in 2012 from the Police Force.

Adikwu is said to have been stationed with the Kwara State Special Anti-Robbery Squad, but was arraigned and imprisoned after helping some robbers escape jail.

READ MORE: CEE-C AND TOBI COVER A MAGAZINE AND SHARE THEIR THOUGHTS IN AN INTERVIEW