Home
Technology
Why “C” is The Default Drive of Your Computer Instead of A or B?

In those days, having a computer was a big thing as people will place you advanced. What we see these days is a different story entirely as the device is on every nook, I guess this is because the inventors are increasing by the day. Since it’s a digital world, everyone is beginning to appreciate technology and one among the technology gadget is a computer (it can be a laptop, desktop or palmtop). 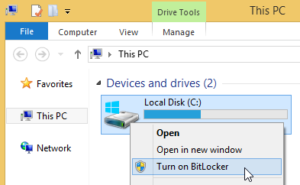 Have you ever questioned why the names of drives begin from “C”?

Right here is the Answer to the Question:

You can also contribute to this topic on what you think about drive “C” and why it is the default drive on the computer system.

SEE ALSO:HOW TO INSTALL TWO WHATSAPP ACCOUNT IN ONE MOBILE